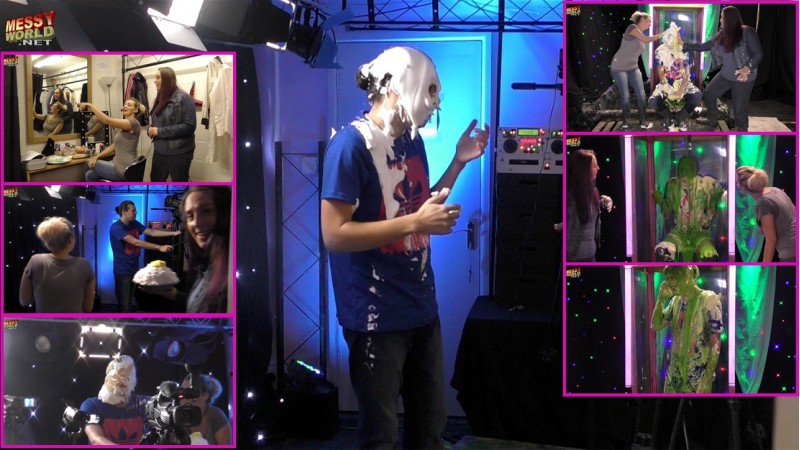 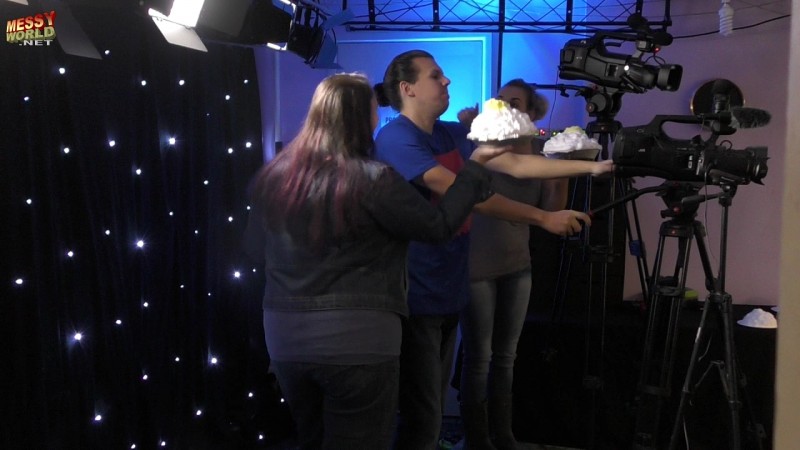 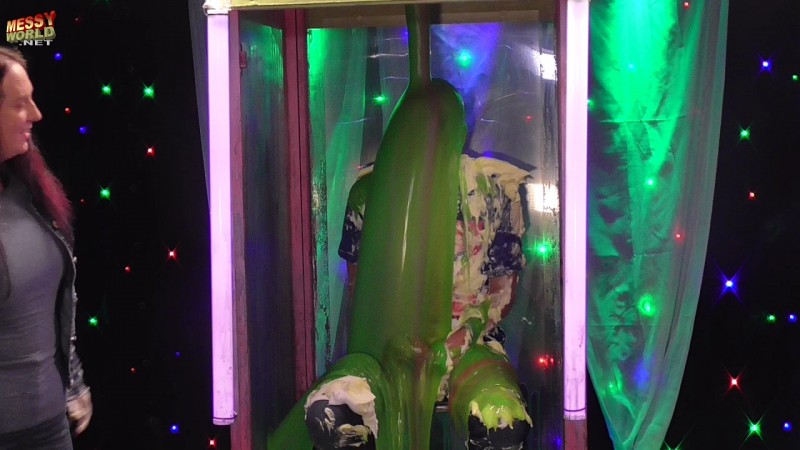 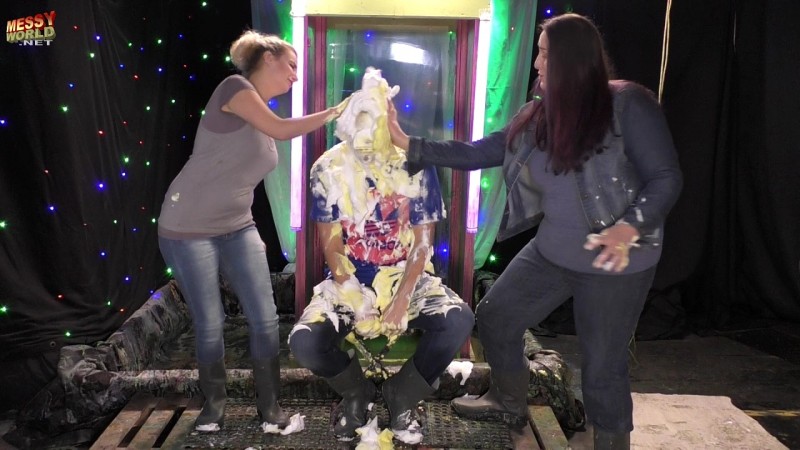 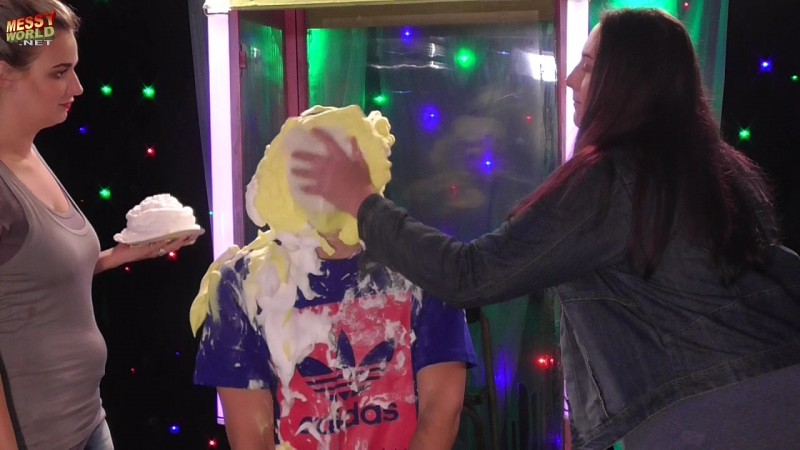 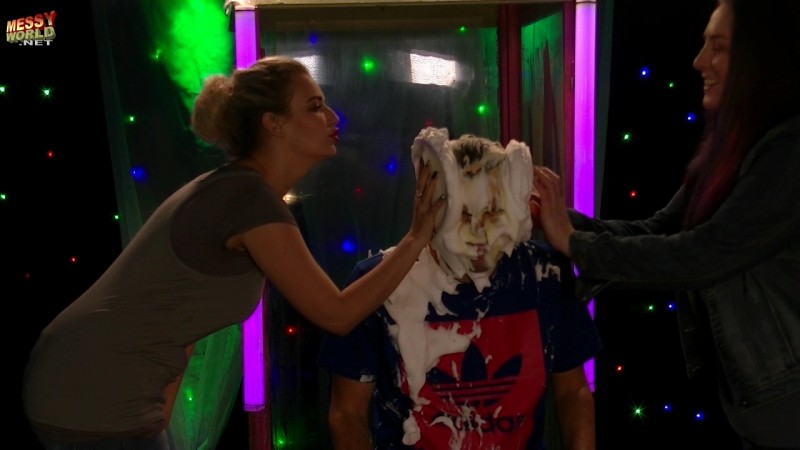 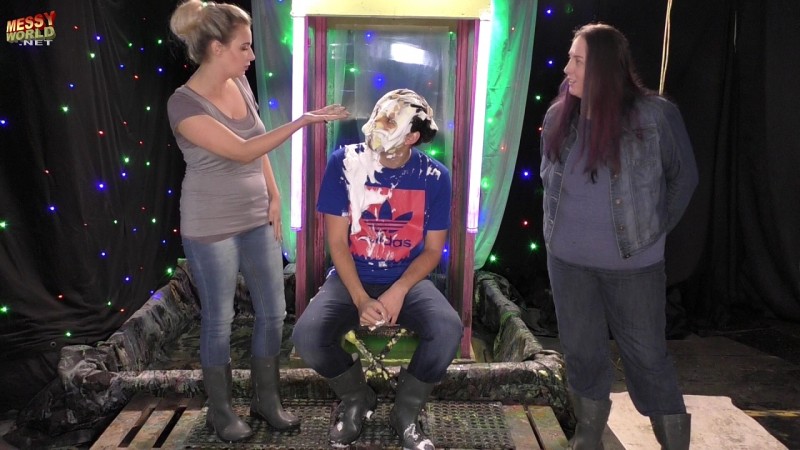 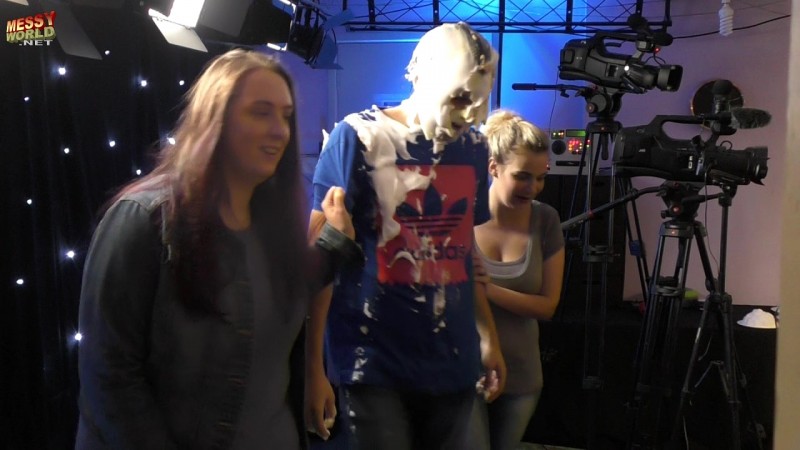 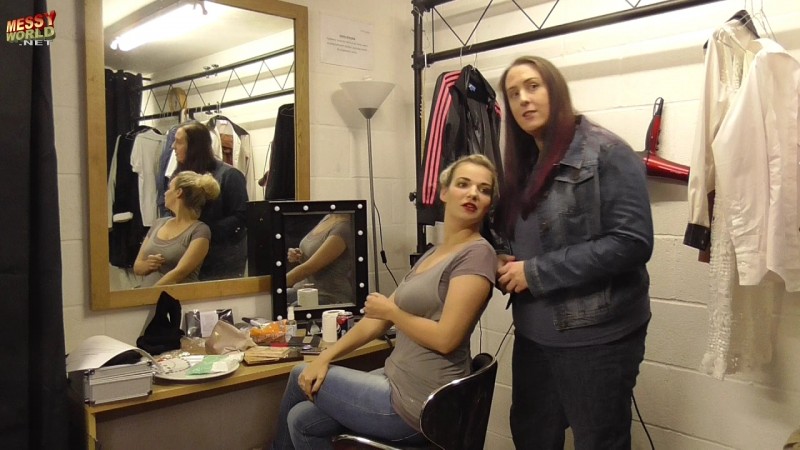 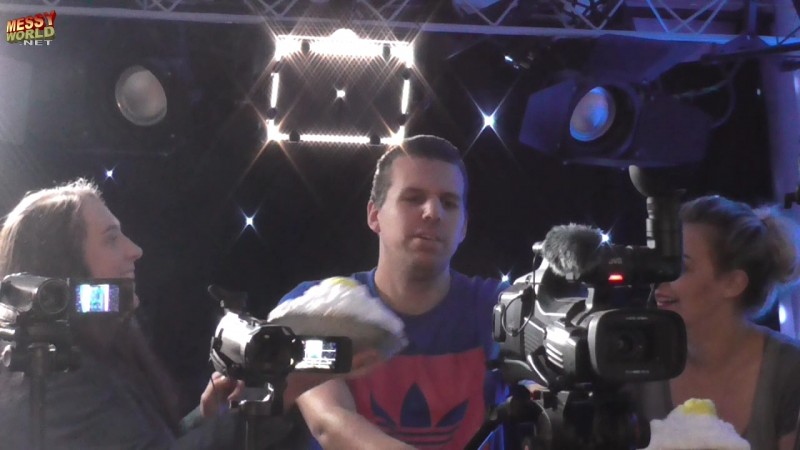 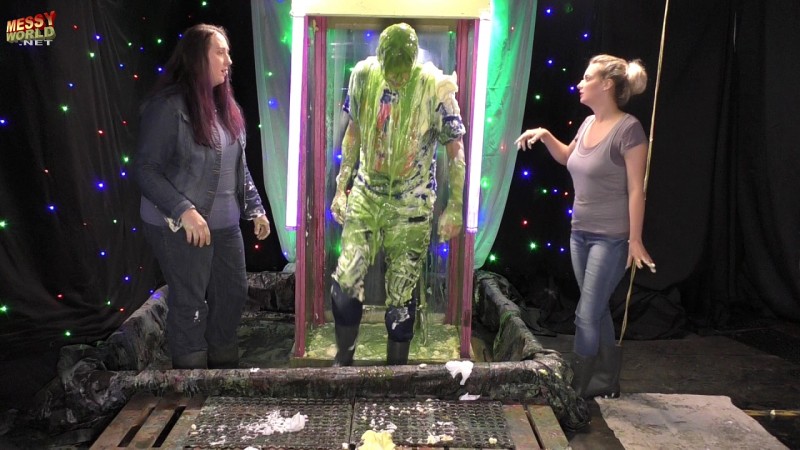 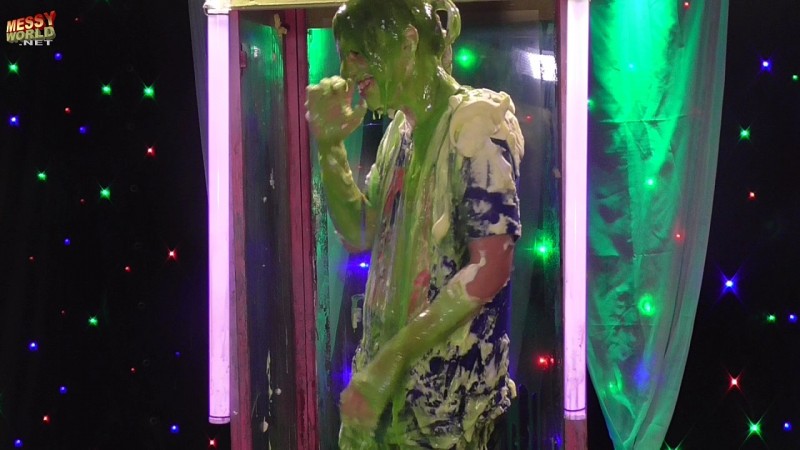 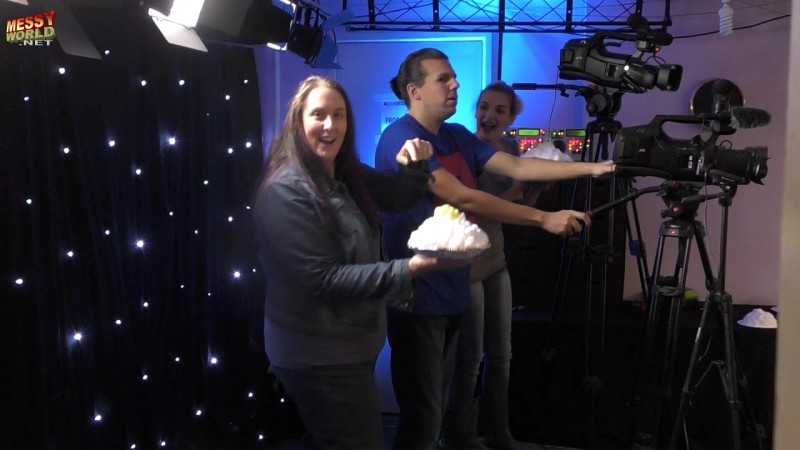 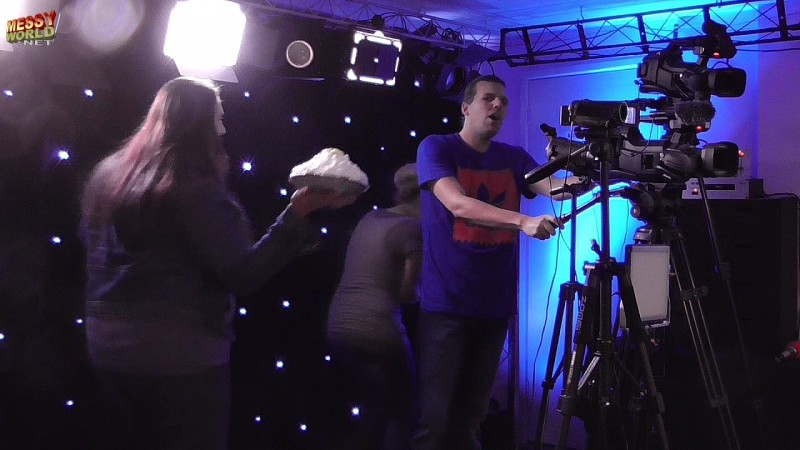 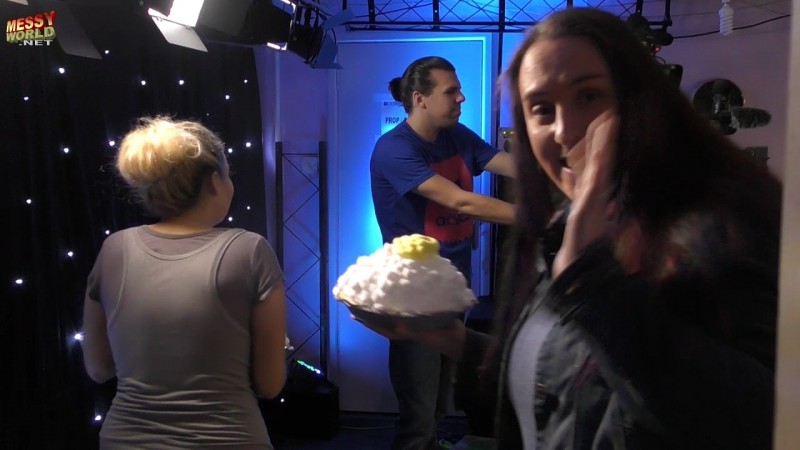 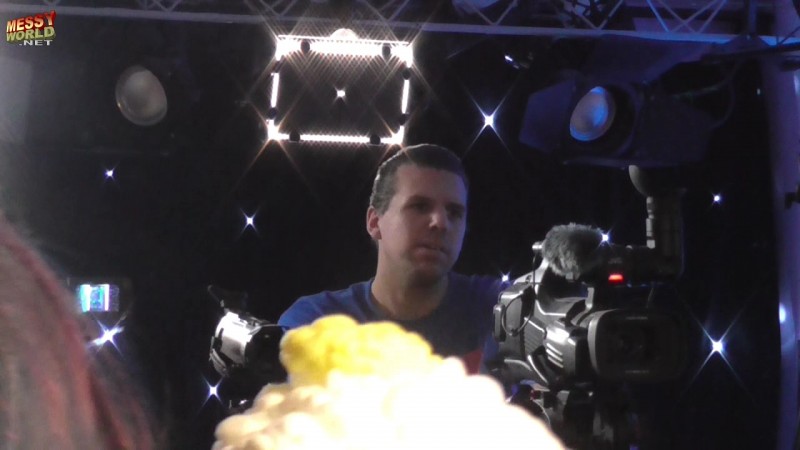 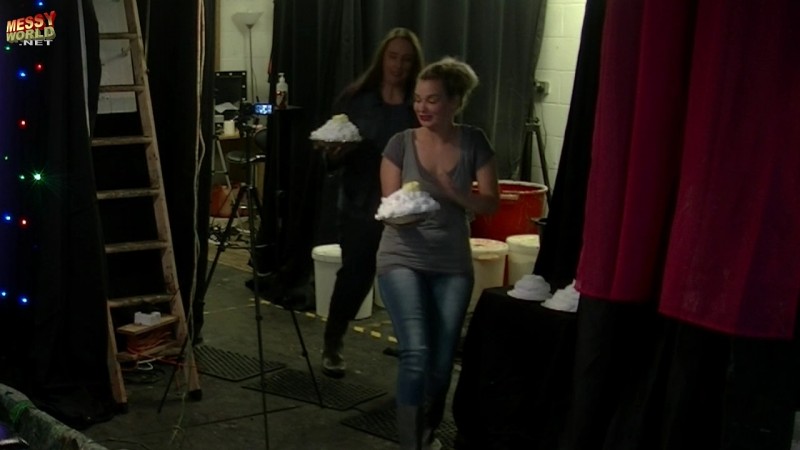 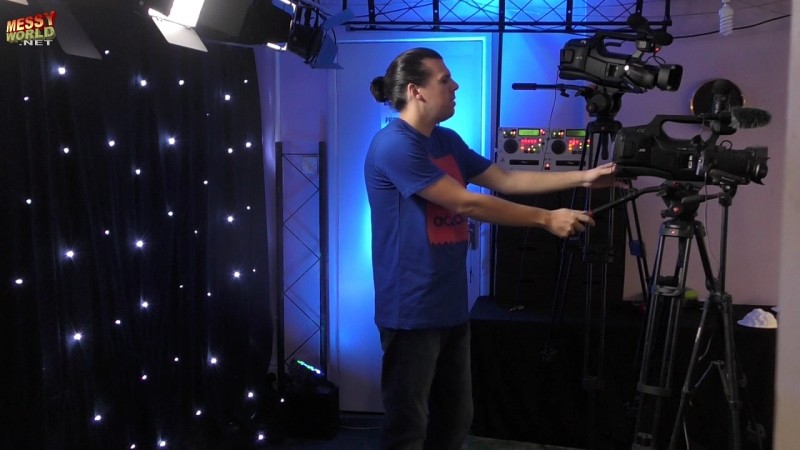 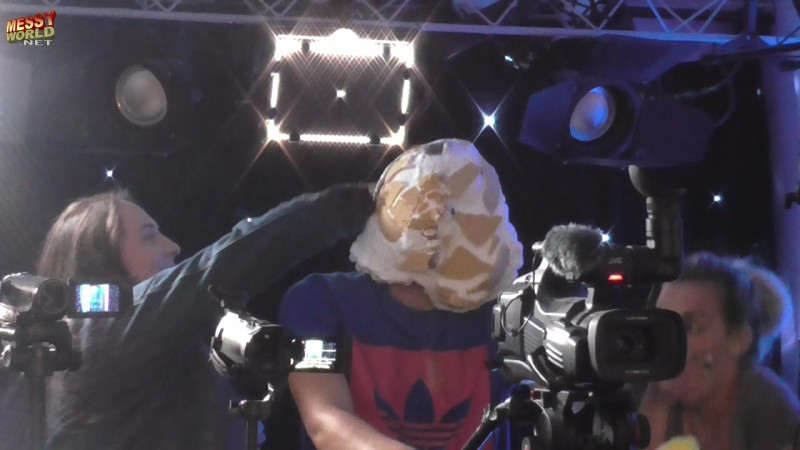 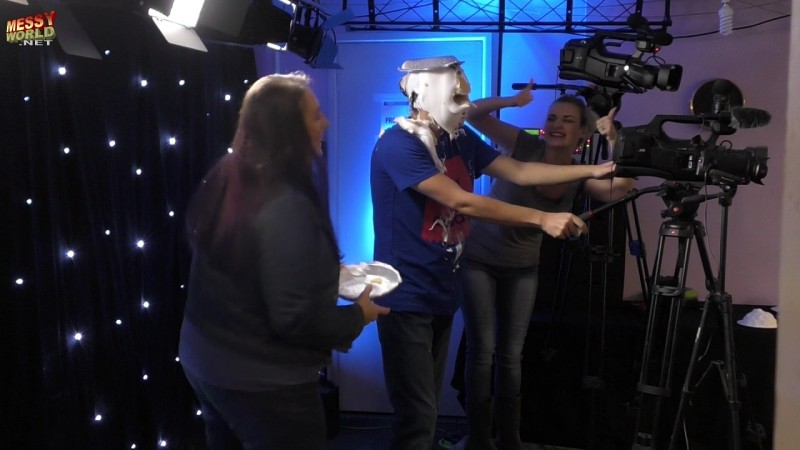 Messyworld's lead producer (who also plays presenter Callum) was pied during live filming on MwGirls. Lisa & Michaela chose the moment knowing he was unable to take his hands off of the cameras or it'd ruin the shoot. He also had to stay completely silent. After the scene cut, they took him to the gunge tank while the model was showering off. 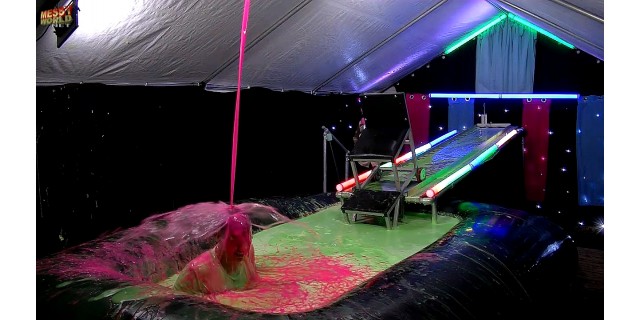 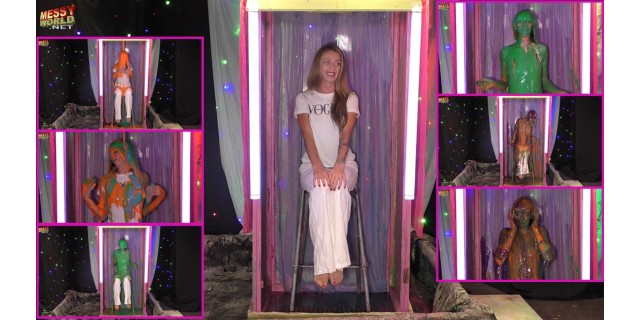