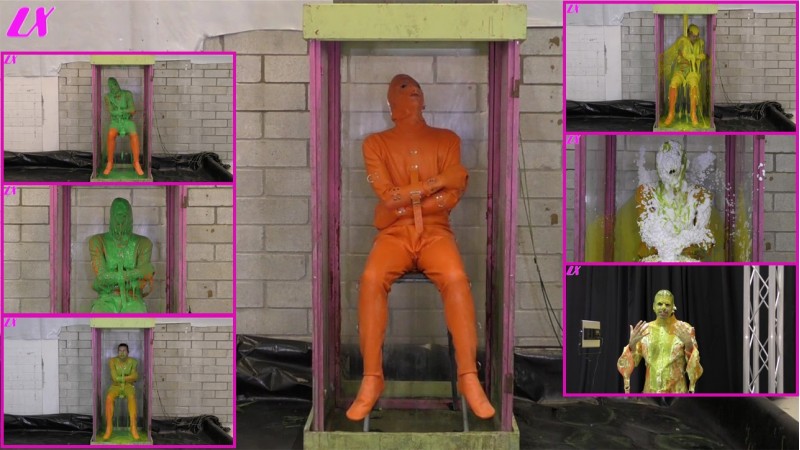 Callum wakes up locked in a full skintight rubber straitjacket suit and hood. Unsure where he is, is struggles and calls out. He is gunged twice in green and yellow. The lights go off for a few seconds as someone removes his hood. Still secured in the suit he looks around. He is then gunged a third time this time without the hood. 2 jets of Avalanche spray fire into his face as he continues to wriggle, squirm and try to escape his restraints.

There are close-up repeats of each gunge fall then a behind-the-scenes interview with him where he discusses how it felt for him as he is partly released from the straitjacket suit yet still covered in all the gunge and mess.