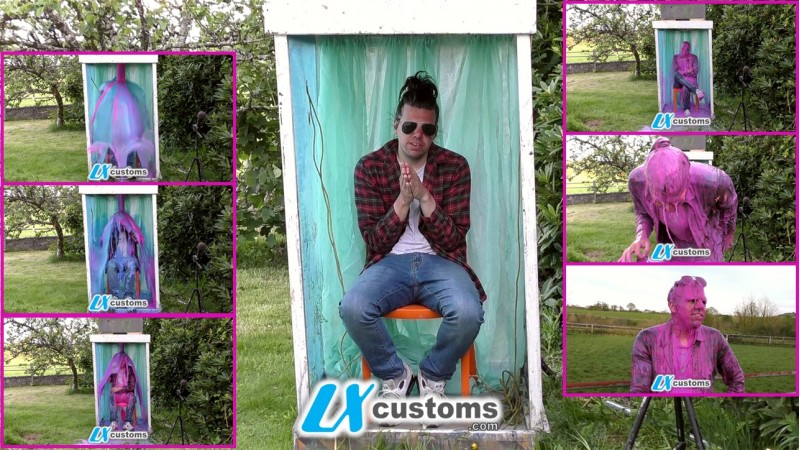 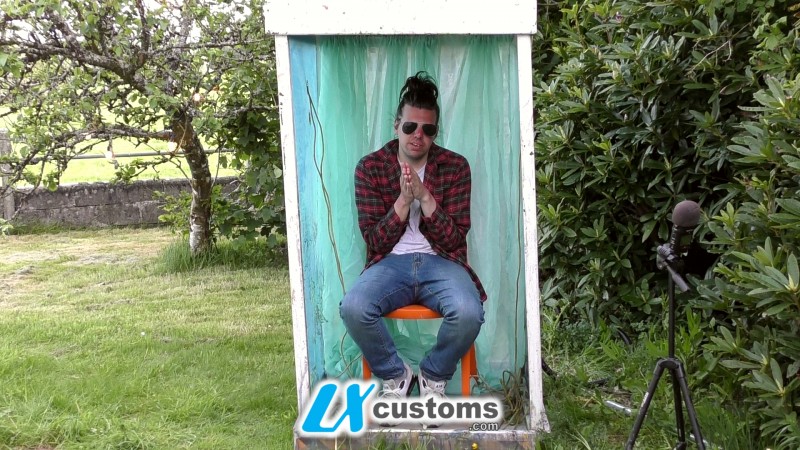 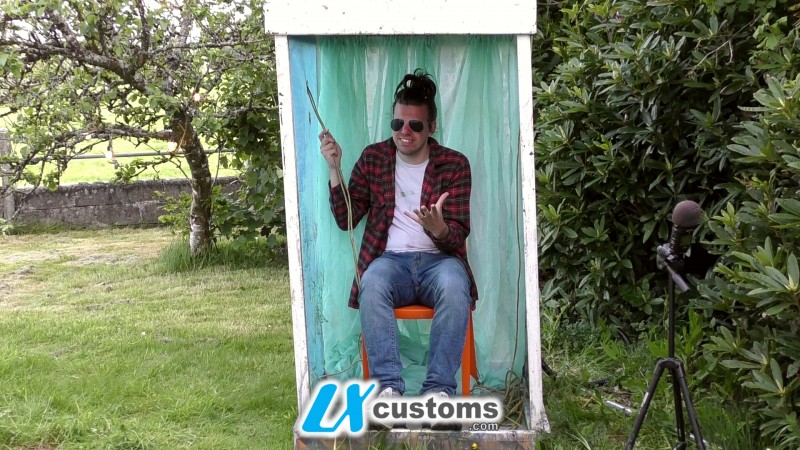 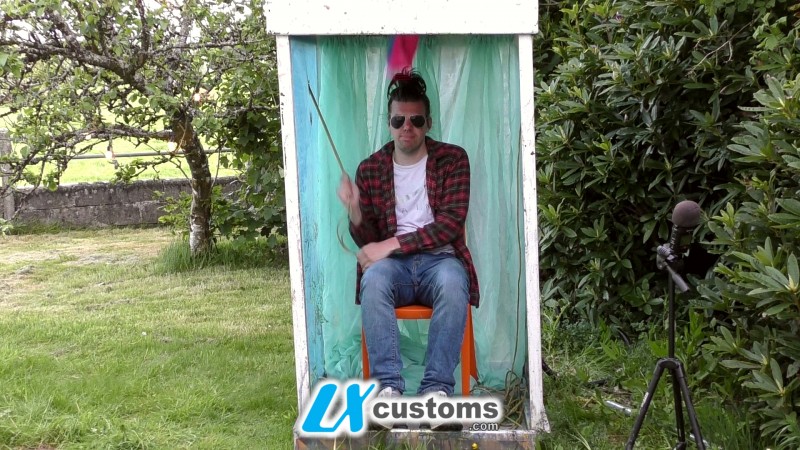 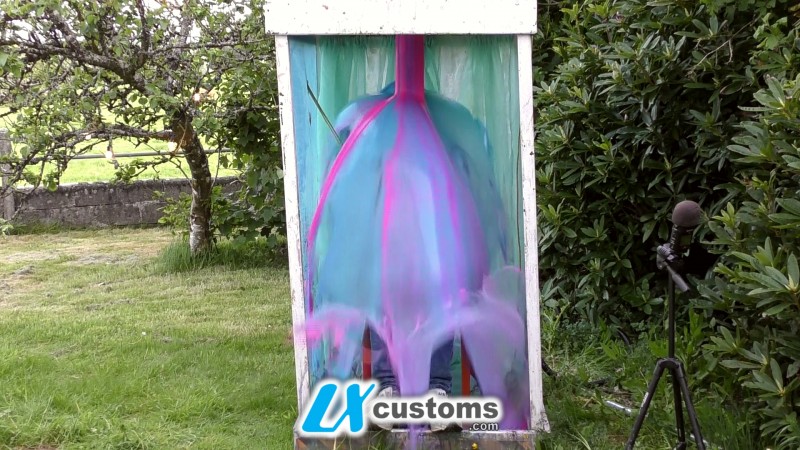 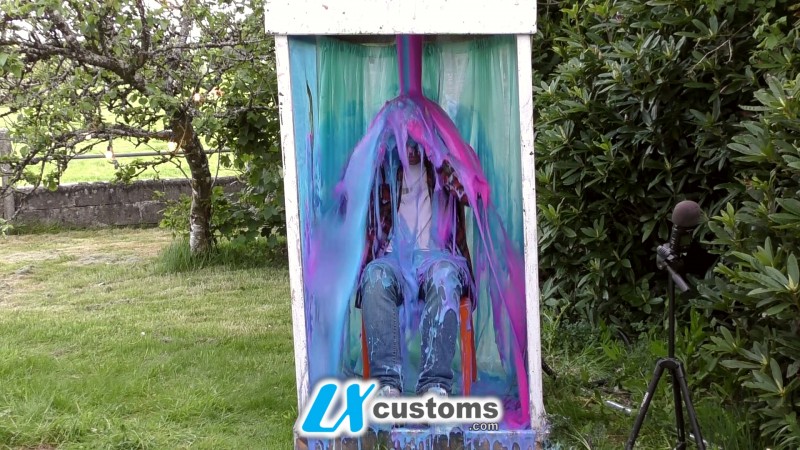 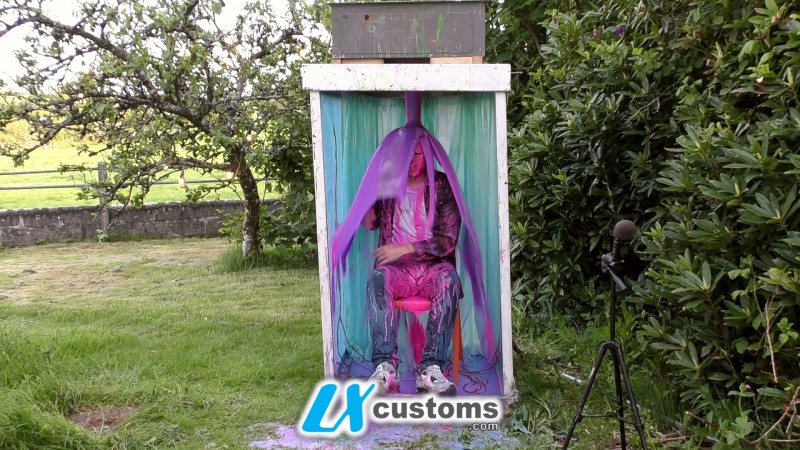 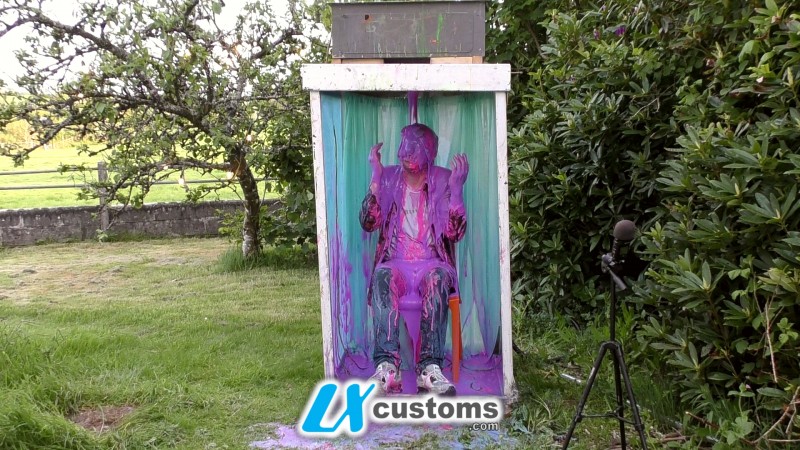 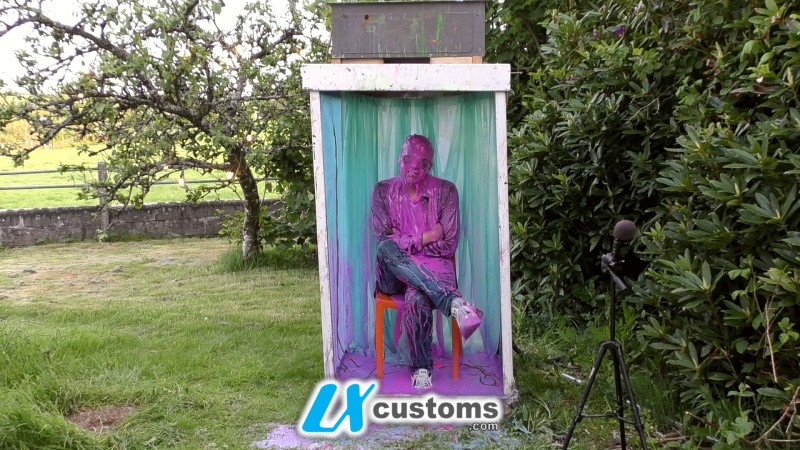 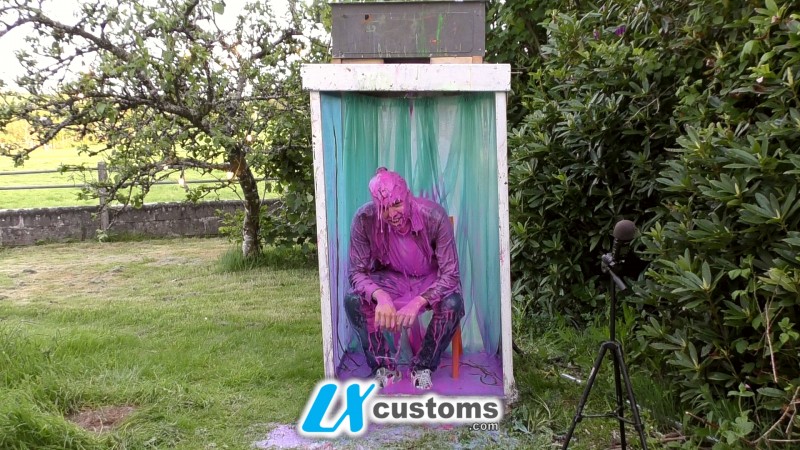 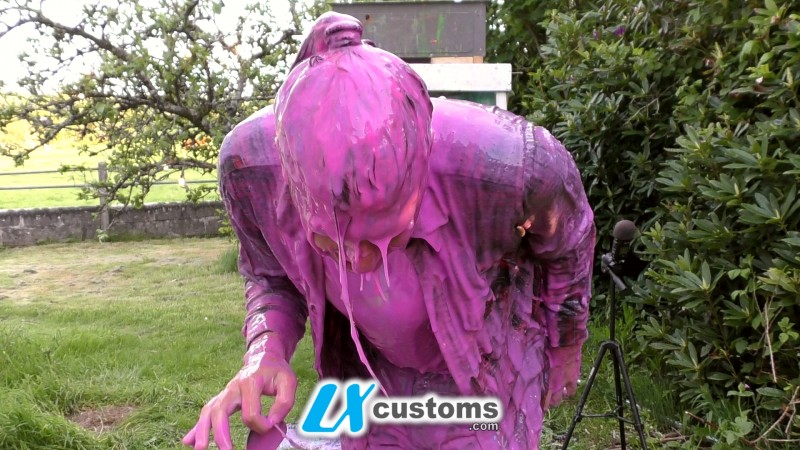 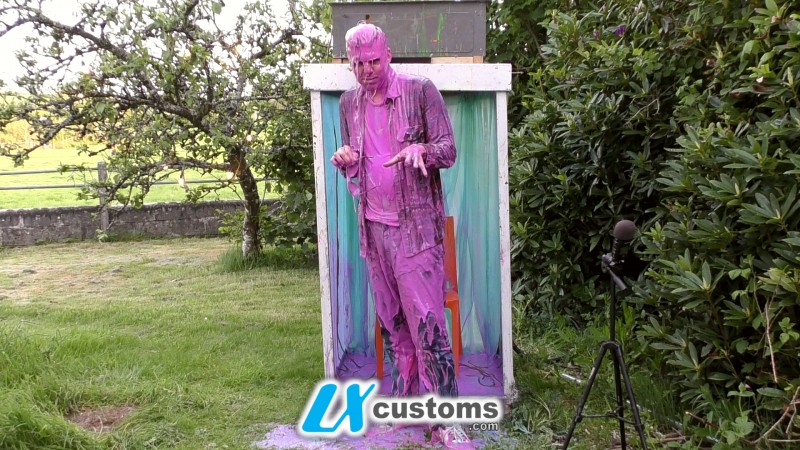 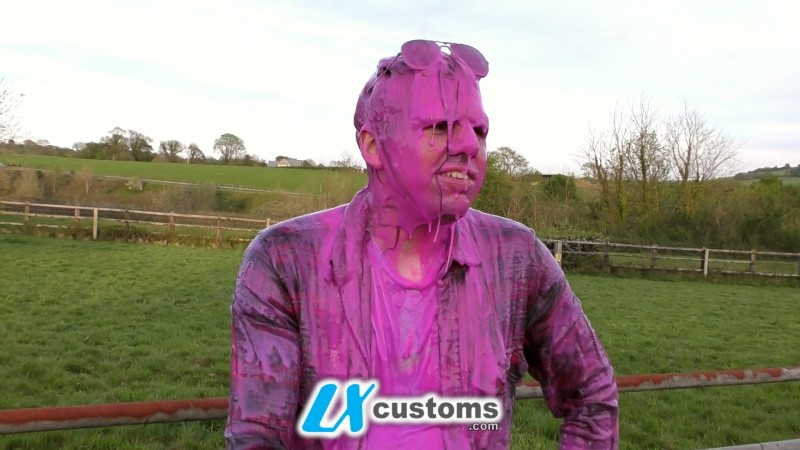 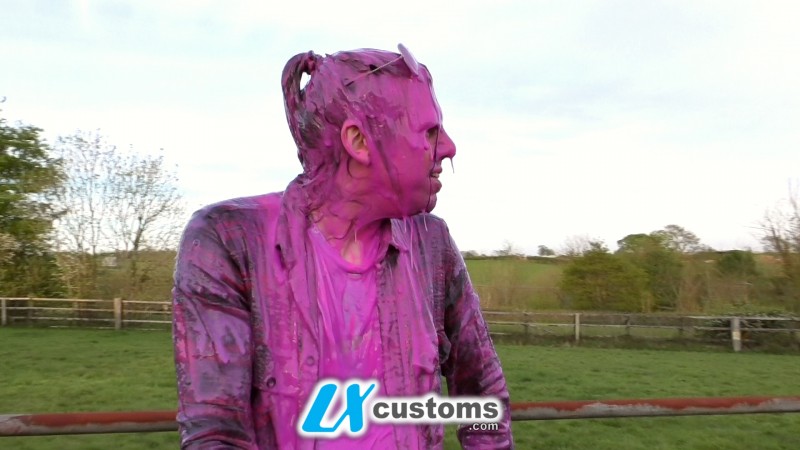 There is a 7-minute build-up as Callum explains the premise of the custom from the editing studio and the suspenses builds inside the gunge tank.

Callum's assistant producer has rigged up a gunge tank outside away from the studio. Callum does not know what it's filled with and there are 2 levers. One of them is attached to the gunge release mechanism, and the other is simply taped to the top of the tank, both are hidden from view.

As this is being filmed on the studio premises, Callum is wearing his own clothes, including his £80 sunglasses and does not have a change of clothes. He will have to do the walk of shame to the main road to get to the showers and go home in a grey boilersuit.

This is a LiquidXCustom from a Callum Leigh and MessyWorld fan. The stakes were high.

Once again, we apologies for the poor sound quality during the main event, Callum explains everything beforehand to keep you up to speed and hopefully, the dodgy sound doesn't distract from the actual game. 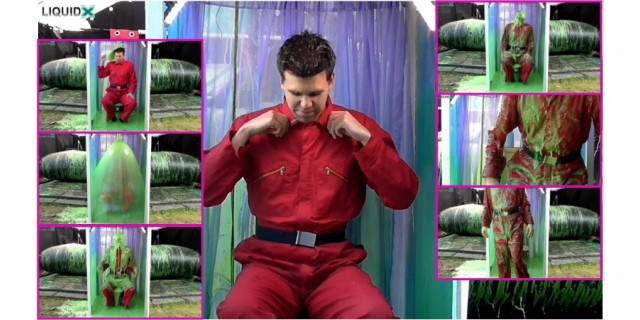 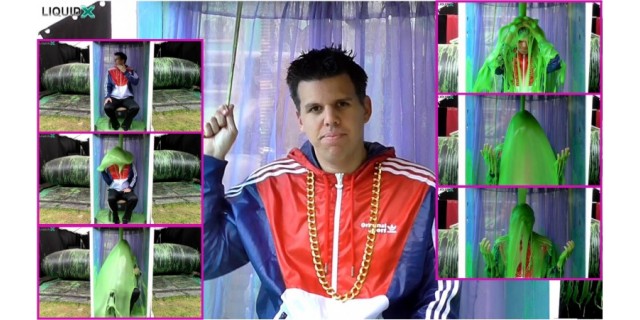 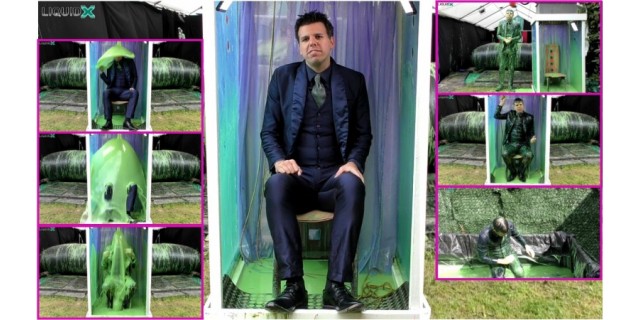 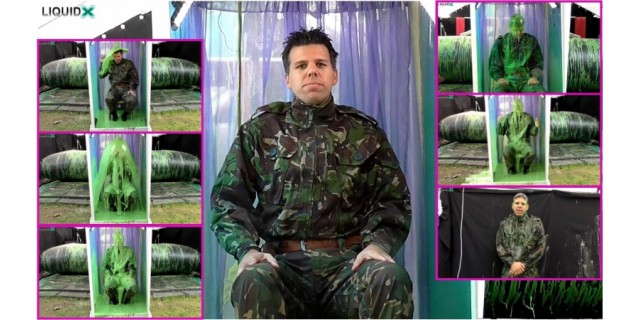 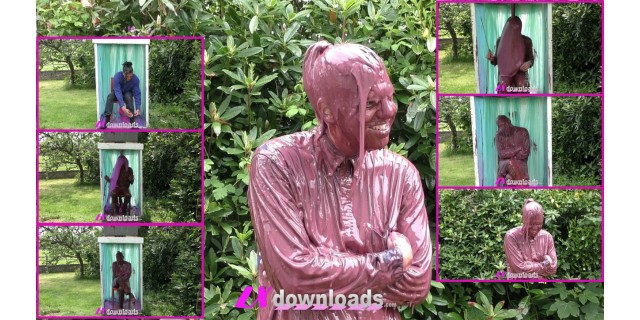 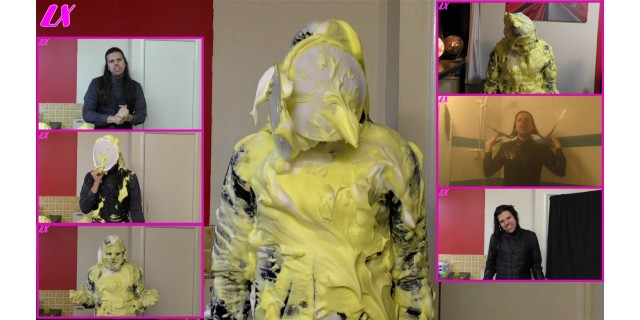